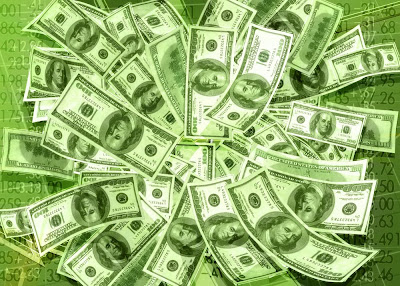 As the weekend developed, so did the federal government’s proposal to heal the financial markets. In a nutshell, the Treasury Department is asking Congress for up to $700 billion, the equivalent of 5% of America’s GDP, to buy up bad debt. As a result, our national debt limit would rise to $11.3 trillion.

The bailout plan could be approved in Congress within several days. But some details still need to be ironed out. The proposal is notable not only for its $700 billion request, but also for the remarkable power it would give to the U.S. Treasury.

Henry Paulson: lord of the economy? His title is simply Secretary of the Treasury, but he (and his successors) may end up with much greater authority than their predecessors. Many economists and analysts thought that the Bush administration would propose creating a new entity to tackle the crisis, a 21st-century equivalent of the Resolution Trust Corporation. That didn’t happen. Instead, Paulson stepped forward and asked Congress to give the Treasury a whole new level of independence.

His bold proposal would allow the Treasury emergency powers to raise the $700 billion through government borrowing, without Congressional supervision, with its financial decisions exempt from review by any court of law or any administrative body.

Under the plan, the Treasury would buy, sell and manage mortgages and mortgage-backed securities as it sees fit, with the goals of “providing stability or preventing disruption to the financial markets or banking system” and “protecting the taxpayer”. There are some limitations: the Treasury could not own more than $700 billion in troubled assets, the buying ends within two years of the passage of the legislation, and Paulson (or his successor) would regularly update Congress on the progress of the effort.

How will the Treasury buy up the bad debts? According to a Los Angeles Times story, the favored technique might be the reverse auction, in which banks with bad debts would make bids by offering to sell off their securities for the lowest price. The Treasury would then hold the assets until market conditions improve, and sell them back into the private market. Legislators in contact with Paulson told the Times that he supports the idea.

What talking points need to be settled? Before any plan is approved, Congressional Democrats would like to see more provisions for protecting taxpayers, and helping homeowners. Some Democrats would like to limit the salaries of executives in charge of companies selling distressed assets to the Treasury. an idea Paulson dislikes, according to the Wall Street Journal. Sunday night, new wrinkles emerged as the proposal was revised: hedge funds would be allowed to participate, as well as firms headquartered abroad.

But other issues are still on the table. How will the government hire asset managers to oversee the huge portfolios it may end up owning? Will any efforts to aid burdened homeowners effectively hurt other taxpayers by increasing the price tag on the plan?

This just in: On Sunday, the Fed received the requests of Morgan Stanley and Goldman Sachs to become bank holding companies. The Fed readily approved both requests. This puts Morgan Stanley and Goldman Sachs under the direct supervision of the Federal Reserve, and allows them to take deposits and borrow freely and permanently from the Fed, all of which will make it easier for them to buy other banks. Also, the Fed agreed to make loans to the broker-dealer arms of both banks, that will help to increase their liquidity. These loans will be offered to Morgan and Goldman with the same terms as the loans the Fed offers to banks via its discount window. This move marks the end of an era on Wall Street, in the last few months, the five largest U.S brokerages have either made paradigm shifts, been bought out, or disappeared.

I’m just keeping you updated, because it seems every week, every day, brings us interesting news about Wall Street that might impact Main Street. This is a good time to stay informed, and if you’d like more information or insight about your financial options, you may call or e-mail me.