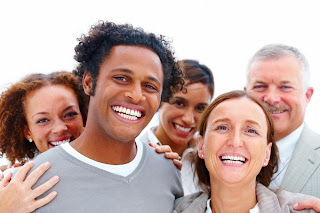 Does money actually buy a degree of happiness? In this recessionary holiday season, it is worth thinking about the effect money has on our lives. What role does money play in our happiness? Is that role overrated?

Most psychologists and sociologists will tell you that our happiness comes largely from social interaction. But studies indicate that there is a direct correlation between wealth and a kind of mental health.

As Pearl Bailey immortally quipped, “Honey, I been poor, and I been rich. And let me tell you, rich is better.” Having a well-paying job, being successful at what you do, these are definite cornerstones of self-esteem and contribute to happiness.

So is Warren Buffett happier than we are? The math is not quite that simple. American wealth grew remarkably in the late 20th century, but surveys found that Americans on average weren’t any happier than they’d been decades before.

A 2002 study by psychologists Edward Diener, Ph.D., and David Myers, Ph.D. documented greater happiness among residents of wealthy countries versus poor countries. But they found that once individuals in both types of nations gained the money to pay for basic creature comforts, happiness did not markedly increase along with wealth thereafter. A second 2002 survey by psychologist Tim Kasser, Ph.D., showed lower personal well-being in individuals who “bought into” messages of materialism and consumerism.

Does spending money make people happy? It depends on the purpose. Perhaps you’ve heard of the “hedonic treadmill” theory, an economic theory which holds that the middle-class and the affluent exhaust themselves and diminish their happiness through endless pursuit of the latest material goods. Americans are proudly competitive, and can’t help but measure their wealth in relation to their friends and neighbors. We have to have more than the next guy.

Does spending money on others make people happy? Yes, according to the results of a study published in March in Science Magazine. Researchers took a sample of 600 Americans. They instructed 46 to spend a $5 or $20 bill on a particular day. Some were told to spend the money on others, and the study found that they were happier at the end of the day than the ones who spent the money on themselves. The study also tracked 16 workers who got profit-sharing bonuses, and observed that employees who gave a majority of their bonus to others ended up happier than those who spent it on themselves. In fact, the main forecaster of happiness was not the size of the bonus, but how it was spent. The Science study also discovered that spending more money on gifts and charity correlated with increased happiness.

Are we ultimately only as happy as we want to be? Perhaps. Researchers now increasingly feel that people have a genetic “baseline” or “set point” of happiness, and deviations from this norm are temporary. In other words, how the stock market does doesn’t rattle our basic level of happiness. Even life-altering tragedies or seeming miracles don’t ultimately budge us much from the norm. (Studies of the brain indicate that people with more activity in their left prefrontal cortexes seem to be happier than some others.)

Recently, University of Virginia psychology professor Jonathan Haidt wrote a classically-rooted book called The Happiness Hypothesis. Haidt observed that within a year of their life-changing experiences, “lottery winners and paraplegics, have both, on average, returned most of the way to their baseline levels of happiness.” He feels that happiness can grow from “vital engagement” with other people and one’s passions, and from a spiritual and moral “coherence” in yourself and your life.

How about some Gross Domestic Happiness (GDH)? No joke: since 1972, the government of Bhutan has dedicated itself to boosting GDH, Gross Domestic Happiness, via a platform of equitable and sustainable economic growth, cultural preservation in the face of the West, good government, and environmentalism. Other nations have studied Bhutan’s example; in fact, conferences have been held on the concept in Bhutan, Mongolia and the Netherlands.