Is MPT No Longer Relevant?? 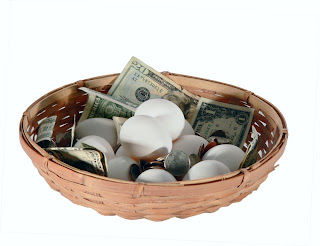 In any stock market climate, proper asset allocation matters. In a down market, you could argue that it matters more than anything else.

Did you have a well-diversified portfolio during the fall of 2008? That was a time when the importance of having a bond allocation and proper equity diversification really hit home. Nearly all investors were hit hard, but some were hit harder than others. What percentage of your portfolio was held in Treasuries (or cash) at that time?

Wise asset allocation may help you as the market recovers. Yes, even diversified portfolios lost money at the end of 2008 and the start of 2009. Yet with rebalancing, these same portfolios may be poised to take advantage of a rebounding market.

You might say there are two schools of thought when it comes to diversification and asset allocation, hands off, and hands on.

Modern Portfolio Theory. In 1952, a University of Chicago Ph.D. candidate named Harry Markowitz published a thesis – a brief, provocative paper that called for investors and money managers to see risk with new eyes. That was the start of Modern Portfolio Theory, which still has many advocates today.

Before MPT, money managers and investors tended to look at investments in isolation: if a stock had performed well in 1948, it was a good stock and it would probably perform well in 1949. They analyzed a stock almost like they would analyze a business.

In his paper, Markowitz basically said “You guys are going about this the wrong way.” He first assumed that all investors wanted to avoid risk (which he defined as standard deviation from expected portfolio returns). He then contended that you should measure the risk level of a whole portfolio instead of individual securities.1 (In other words, if you want to include a security in your portfolio, you should think about how that will alter the risk level of your entire portfolio, rather than simply consider the risk of the security.)

MPT asserts that for every portfolio, there exists an “efficient frontier”, an ideal asset allocation among diversified asset classes that should efficiently balance maximum return and minimum risk.2 Markowitz further developed the theory with economists Merton Miller and William Sharpe, and it eventually won a Nobel Prize in economics.

MPT has its fans, but also its critics. In the last 20 years or so, many investment advisors and money managers have practiced a buy-and-hold style of portfolio management using the diversification principles of MPT. But as the markets dropped in 2008-09, critics pointed out the danger of buying and holding – you can “hold” positions too long. In the crisis, some investment advisors took more of a hands-on approach to portfolio management, others had always done so.

How long is the long run? If history is any guide (and it may not be), the longer your investment horizon, the more sense buy-and-hold can make, at least when it comes to stocks. For example, $1 invested in stocks in 1929 would be worth $759 in 2009, whereas $1 invested in bonds in 1929 would only be worth $74 today. The critics counter that argument with the fact that the S&P 500 traded at the same level in mid-2009 as it did in summer 1997. Stretch or contract different windows of time and you can reach all kinds of conclusions.2

The bottom line. The buy-and-hold adherents and critics certainly agree on one thing: diversification is hugely important. If your assets are allocated across 10 or 12 “baskets” instead of one or two, for example, you are theoretically less affected by the whims of the financial markets.

So what is “proper” asset allocation for you? Only you and your financial advisor can determine that. Your time horizon, preferred investment style, accumulated assets, life goals and financial objectives, these all have to be taken into consideration.