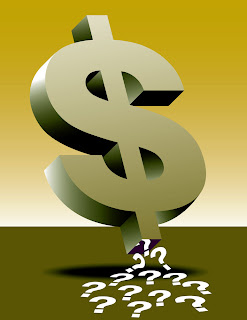 The Big Three try again. Their requests for $25-28 billion in federal loans fell through on Capitol Hill in late November, but representatives of the Detroit Three will return to Washington D.C. for the holiday season to ask again for financial aid. Last time, General Motors, Ford and Chrysler CEOs presented no distinct recovery plan â€“ and it didn’t help that they flew in on private jets.

So what will they do differently in December? Well, a caravan of fuel-efficient vehicles has been proposed to transport them back to Congress. But transportation aside, Congressional leaders want specifics before trying to arrange auto industry loans from TARP money. The initial requested loan amount was $10-12 billion for GM and $7-8 billion for Ford and Chrysler.

A three-point test. Senate Majority Leader Harry Reid (D-NV) and House Speaker Nancy Pelosi (D-CA) want the Big Three need to meet three conditions. First, they want to know what the Big Three will spend the loan on, and how they will repay it, they don’t simply want automakers to buy time with the money. Second, they want evidence that Ford, GM, Chrysler and the United Auto Workers will make financial sacrifices given the current economy and the need for a loan. (In late November, both Ford and GM made personnel cuts at several plants.) Third, they want a plan for fuel efficiency. Both Pelosi and Reid want automakers to produce cars getting at least 35 miles a gallon by 2020.

Times have changed politically. The U.S. auto industry’s traditional bipartisan support has gone the way of the Plymouth. Years ago, some of the more powerful Democrats on Capitol Hill were from the upper Midwest. Now, some of the most powerful Congressional Democrats are from the West Coast, where protecting the environment is a constant and hybrids are much hipper than Hummers, F350s and Tahoes.

Additionally, foreign automakers have concentrated their U.S. assembly plants in Southern states that are currently Republican strongholds. (As a Wall Street Journal piece noted, 7 of 11 states that have or propose to build foreign-owned auto plants voted Republican in the 2008 presidential election.) This does not bode well for Ford, Chrysler and GM.

The tough choice on the table. Is it wiser to rescue the Big Three, or let them risk failure? Some on Capitol Hill feel that bridge loans to GM, Chrysler and Ford would just allow them to perpetuate unsound business models. Others feel that if our financial giants can be rescued by the government, so can the giants of our flagship manufacturing industry.

President-elect Barack Obama stated on November 24 that U.S. automakers should not be allowed to simply “vanish”. While the manufacturing sector that traditionally drove the American economy has lost ground in the Information Age, an America without Ford, GM or Chrysler seems inconceivable.